Last week I celebrated some exciting personal news by going out to dinner at G-Zen. I was saving a visit to G-Zen for a special occasion because it's pricier than where I usually eat. I had heard rave reviews from people I know who have eaten there, and their Instagram feed has a lot of fans.

I ordered the Downward Dog Bean Burrito, stuffed with rice, black beans, lettuce, cheeze, and salsa. I am used to eating burritos sans cheese, that this was strange to me...and on top of that, mozzarella was a strange choice. I think a vegan cheddar would have been much, much better here. The wrap was served with a generous portion of their sweet potato fries and house made ketchup. The famous fries were delicious...although, I think I would have preferred a side of chips and salsa.

My boyfriend ordered the kelp noodle mac and cheeze special. I tasted it, and it was a little one-note. We were told it would be served at room temperature. And it was. I don't think that added anything or took away anything, just notable. It was okay, but definitely not worth $24 for the bowl!

I don't like writing a less-than-stellar review, but here at The Vegan Experimentalist, we're keeping it one hundred. Again, some people love it, and they have a solid customer base of loyals fans. With the hype, understandably, my expectations were definitely high. The staff was extremely friendly and attentive, but despite that, I was disappointed with my experience at G-Zen. The meal was just okay, but had a should-have-been-great price tag. 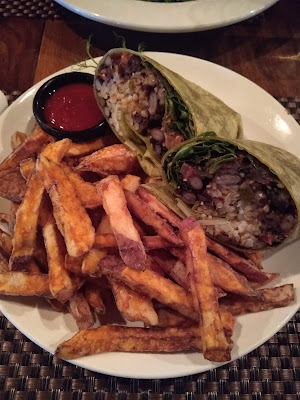 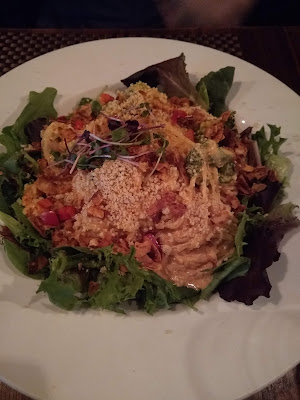